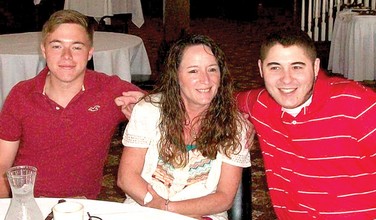 LAPEER COUNTY — The holiday season was a tough one for April Grondin. Just a few months earlier she believed with all her heart that her son, Kenneth 'K.C.' Grondin III would be exonerated in the 2011 shooting death of his girlfriend Andrea Eilber.

She thought wrong. In October of 2015, after a three week trial the jury issued a guilty verdict against K.C. He is currently lodged in an observation cell in the Lapeer County Jail. He'll be back in court on January 26th for sentencing in Judge Nick Holowka's courtroom.